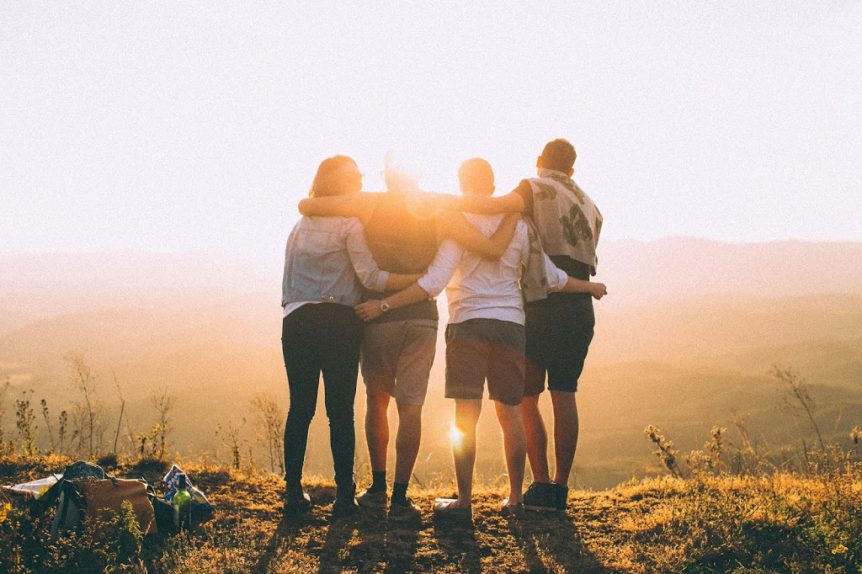 Have you ever noticed how sometimes, out of the blue, we feel a need to contact someone - a family member or an old friend; attend an activity or an event, which simply makes us feel good for no reason other than it just does?
Humans are known to be creatures of a pack and so by nature, we don’t operate well in isolation.

The emergence of NDIS, seems to have created a tendency for one-on-one (individual) support, where aperson with a disability is being taken out from their group setting to receive one-on-one support instead.
Don't get me wrong here, one-on-one support is wonderful and many people with disabilities can learn quicker, have access to the community around them easily and, with more dignity when receiving this type of assistance.  There is also the benefit of more flexibility as activities can be tailored to a person’s needs and passions.
However, the biggest problem with one-on-one support is the tendency for isolation to creep in, as there is no avenue for interaction with like-minded people.  This lack of interaction, makes it difficult for such individuals to develop socialising etiquette with others, namely members of the public, and could eventually cause mental health problems.
I tend to see it as spending time with their 'mob'.  We all know there is just something about this that makes people feel wholesome including people with disabilities.  They don't have to be with their 'mob' all the time and it doesn't have to make sense to anyone else...but they do need this time.  Be it once a week, thrice a week, or even once a month.......
We often hear from families with intellectually disabled children, that one of the issues their children face when attending mainstream schools, is difficulty in making ‘real’ friends among their peers.  We need to find a way to give these children an opportunity to spend time with their 'mob' and create a sense of belonging among them.
Chloe Dymond has a candid way of introducing herself when asked where she is from - she always responds saying she 'Comes from Down Syndrome'.  I simply love this phrase, as I think it gives her that sense of belonging, and I visualise “Down Syndrome” as just being another country, with people of different views and cultural backgrounds.  Similar to how many immigrants build a sense of belonging through community centres that reflect their ethnic origins and have a tendency to gravitate to suburbs where people from their country of origin  tend to reside.
Chloe needs to spend time with people from her ‘country’ to feel connected to the world.

I hope the NDIS does not take away these people’s opportunity to 'recharge their batteries' with their mob and further reduce opportunities for the general public to engage with people with disabilities, and learn from them.  Collectively, families who have people with disabilities, need to work together to create a healthy lifestyle balance, for the people we care about, as well as play our role in educating others on creating an inclusive society.