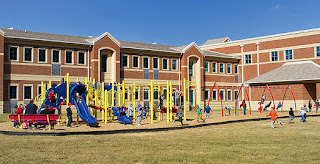 Inclusion seems to be the answer to everything, but it's important to remember that just because you include, doesn't mean you solve the problem.

In many cases exposure to the elements, isn't going to create some new inner self esteem and super powers to overcome fear, and social inhibitions, in'fact it does just the opposite.
There is a myth that some believe, that full inclusion is the only way to eliminate
the bigitory & negativity that seems to be around people with a disability in society.
With an 'INCLUSION AT ALL COSTS' mentality that is more about the process rather than the people. 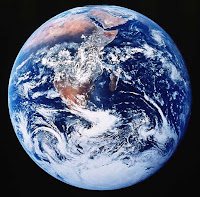 "In a perfect world, with perfect people and environments,  this concept would be...well perfect. But there-in lies the problem...we are all different."

Now please, don't get me wrong, I am all for inclusion but there are so, so many ways this can be achieved, and without a blanket rule or culture.

Before Miss Chloe was school age, I had very strong thoughts about where she was going to go to school. I'd decided she was going mainstream, and no way was I going to put her into 'one of those special schools, where she will never learn to read or write'
I even kept her out of school for a year, to build her up, and make her more mature to be able to handle school better.

As with many times in my life, this was just another of those moments where  ignorance got in the way of common sense for me. Fortunately, my mind was open enough to hear a suggestion from Chloes' early intervention centre...

"Just go and have a look
at the special schools."

I was not impressed with the responses I received from any of the mainstream schools & was feeling rather disillusioned... So i took the advice and visited 2 special schools in my area. Oh wow, these places blew me away!!!! Both were amazing! And yes, the kids learn the 3Rs, as well as many important living skills (more than most of the mainstream schools even consider)

The classes were small and they had all the extra specialist's on staff (OT, Speechie, Physio etc). What I really loved, was that these schools, operated from a point of positivity,
I knew straight away this was the place for Chloe.

Chloe has a personality that is very competitive & strong,  if I had insisted she attend mainstream school, this would have come shinning through, and I would have been called up to the school every second day.

Something, I couldn't afford to have happen, as I was a working single mum.

In mainstream school, she would be noticed as being very slow to get a grasp on things like reading, writing & maths, this also wouldn't have helped her. We also didn't have much of a chance of getting an aide, because Miss Chloe is high functioning, and even if she did get an aide, she would have acted out with them as She HATES having someone in her personal space & hates people doing things differently for her.

She flourished at special school. She fitted right in, made lifetime, natural friends and learnt at her own pace.

Yes, I have integrated her in other ways. She has always gone to mainstream holiday programs and has many mainstream friends, as well as her friends who have a disability.

"I believe inclusion is valuable, but not at the expense of the well-being of your child."

We need to always be monitoring the progress of our kids, and if something is not working, we need to be prepared to do something different. This is the only way our kids can reach their full potential.

Interestingly, many organisations have tried to make me feel guilty for not choosing inclusion....

I believe in a different view.  "Everyone has a right to CHOOSE what suits them best."

We need to respect our children & stop making Inclusion the magic wand.