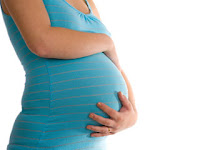 Pregnancy can be a scary process. So many things to look out for whilst you are caring for, and carrying a living person to term. Now imagine during that process, that the ONLY thing you truly dreaded was the fear of delivering a child with Down syndrome.

A strange thought as you have never really been associated with people with a disability before, but every fibre inside you shook when you thought about that scenario happening to you. You live your life in fear for 9 whole months.

Truthfully, The only previous experience I had with a person with Down syndrome was with my neighbour, he had Down syndrome, was an adult and lived with his elderly mum.
He couldn't talk, but would grunt, he was a large man and walked with a kind of amble and he always had he tongue out. His mum only dressed him in Khaki school shorts & a tee. To be honest, he really frightened me! And the idea of having a baby like him frightened me even more!!!

I was confident I wouldn't have one (I had a miscarriage the year before & decided that was because that baby had a disability & 'God' knew I wasn't the mum for a baby with a disability), I still told my doctor EVERY month of my pregnancy that


"If there was anything wrong with my baby, I wouldn't take it home."

Now imagine that just after you have brought your child into the world, that your doctor tells you that he suspects she has Down syndrome.

FAST FORWARD.
It's funny how when the worst thing you believe could happen to you actually does, and every reaction you actually do, is nothing like what you predicted you would do at al!!!
Not once did it enter my head to leave her in the hospital when I was given the news. Although it did creep into my thoughts, in the days after-  when the loopy paediatrician would come visit, bearing doomsday news of what my 'now' sad little life would be like - 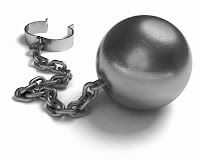 A FOREVER SLAVE TO MY BABY. 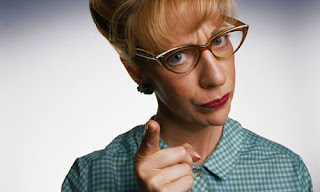 "She would never walk, she will not advance mentally past the capacity of a 6 year old, she won't be able to be toilet trained, she won't have any friends, you will have to do everything for her'."

These were the words of advice given to me by the paediatrician. 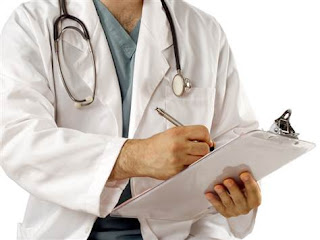 So there we were, him at the end of my bed, with his folder across his chest, talking to me, me sitting up in the bed, with that look endangered species get in their eyes, as the headlights are rushing down on them, then we have my doctor behind him waving his hands in the air like a traffic controller bringing in a plane & mouthing the words NO! NO! NO! My Doc spent at least 2 hours after the paediatrician left repairing the damage that had been done.

I envisioned never being able to go back to the workforce, losing all my friends - because who would want to hang around with some-one with a disabled baby? Now I will have to live in an estranged marriage for the rest of my live. Yes, how odd was that one. We had been not good for a long time & I had it in my head that we would part after the baby was born...NOW I'LL HAVE TO LIVE WITH HIM FOREVER!!!!

"My whole world exploded in-front
of me with the concepts of my new life, and the outlook of my future."

When I was told, I sobbed sooo hard I had trouble breathing, I sure couldn't talk!! Chris (my husband) had gone home, so I was alone. I am a person who gets busy when bad things happen to me, but I was stuck in a hospital bed & couldn't go anywhere - or do anything! No such things as mobile phones back then. 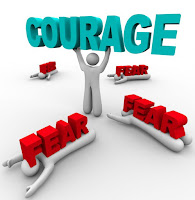 "Instead, I decided I would keep this baby and take on the challenge the Universe had dished out to me."

BUT I was NOT going to look after her for the rest of my life!
I would work hard to ensure she had every opportunity to become a fully functioning (within her limits) , independent human being.

24 years on and NOTHING either of us predicted came even close to reality!!!

In fact Miss Chloe is one of the most amazing women I have ever met. She is a very capable, productive, balanced, kind, daring, witty, calm human being. She is a person magnet and draws people to her without doing anything. I actually hang on HER shirt-tails!!

As my amazing doctor said to me way back then: "Sue you didn't try to envision Shannon's life as an adult when she was born, so stop trying to envision Chloe's"