When we have our babies with Down syndrome, we tend to be full of fear for them & us & what sorts of horrible things will happen to them.


I made a very conscious decision very early on in Chloe's life that I wasn't going to look after her forever. I was told our kids LOVE routine. I HATE routine and was not going to let a baby force me into lifetime routines.

SO I deliberately raised her without routines.

She had physio from 6 weeks old. I wanted her to learn as much as she could before she was 6, because some-one told me these are the years we learn the most. She sat within the max age limit of 'normal' babies with all her milestones and I believe this is because she was pushed. But I have to say, she is also a very strong minded person & if she really wants to do something, she will practice & practice till she gets it - or decided she doesn't want it any more. 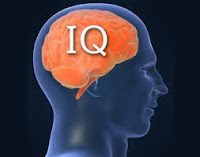 Some one once told me an IQ means very little.

From very early, I decided that we would teach her everything & once she could do it, I would rarely do it for her again. I won't do for others what they can do for themselves, so I decided Chloe would be no different. 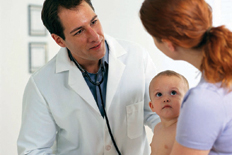 This also went for speaking for her. From when she was approx 4 year old, we would go to the local food court for Fri dinner. I wanted her to learn to behave appropriately in a restaurant & decided this was a safe environment to learn.

Early days I would go with her & order for her, but as soon as she started saying words, I would not jump in (even though the sales person & Chloe would be looking at me with pleading eyes).

The sales people learnt patience & Chloe learnt to speak for herself & I learnt to step back.

Now days, she never needs me to buy anything for her & she checks herself in at doctors & dentists & such & pays by eftpos. Yes, I taught her to use the eftpos machine  as well!!! I only ever have a low maximum in the account. So if anyone tries to take her money, they won't get much! 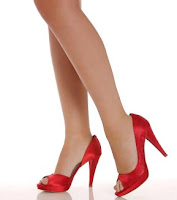 We taught her to walk in high heel shoes so she could wear them when she was a bridesmaid for her sisters wedding.

She went all the way through school in a special school and this was wonderful for HER. She still has many of the same friends she had when she was 6yo. She has many friends and a boyfriend and a HUGE social life!!!

She also has many friends without special needs and hangs out with them as well.
Over the years, Chloe has learnt to cook, do her laundry, clean house & has to keep her lounge, en-suite & bedroom clean.  She has been taught budgeting and how to buy groceries from on -line.

Yes, she can use a phone (too well), texts (we LOVE prescriptive text, heehee), figures out how to skype & helps me figure out what is wrong with our computers when they fail us.

She travels on public transport & if she gets confused or lost, she can confidently ask someone to help her. I have never believed the world is a bad  & dangerous place & she has never been taught this. I actually it is more dangerous for her to never take risks and live!!

She has flown alone interstate from the age of 12yo & has even flown international alone. Yes, we had a plan & she was involved, but she still does these things!

She has sailed a yacht, is a black-belt in karate & a helper teacher, learnt to surf, been trekking for 5 days - where she had to pitch her own tent. 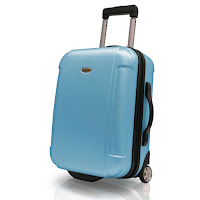 When we travel overseas, she has to lug her own suitcase & backpack. I bought a suitcase to suit her height & ability.

I force her to do things I believe she can or will enjoy.
she recently asked my why I make her do things she doesn't want to, I replied with
"So you know you won't like it". Thus was when I booked us in for a fish massage (the fish nibble your feet).

We have been hot air ballooning, jet-boating, ridden in a racing car, slept in a train,
rode pillion on the back of a motor bike!!

We go to at least 1 live show at the theater a year & to live rock concerts.

Her week is full of doing constructive things like working in a cafe, doing reception at her inclusion center, volunteering at Meals on Wheels, doing Personal Training & doing pottery (yes she is a potter).

Chloe plans to live with her boyfriend, she doesn't even want me in the same suburb!!!

Yes, they will need some assistance, as her reading, writing & maths aren't great BUT that will minimal ...maybe 4-3 hours a week.

Oh, did I mention she has her ears pierced, she just got a tattoo, she does public speaking & has been interviewed on TV?

Why am I having a big brag session???? Well, cause I can, heehee.

YES, Chloe will only ever have Down syndrome, that is who she is and I don't ever want her to be anything else.

BUT I DO WANT HER TO BE THE VERY BEST CHLOE DYMOND SHE CAN BE.

I have taught my girl to grow wings and fly

And show the world that people with  Down syndrome CAN DO amazing stuff,
when they are shown.