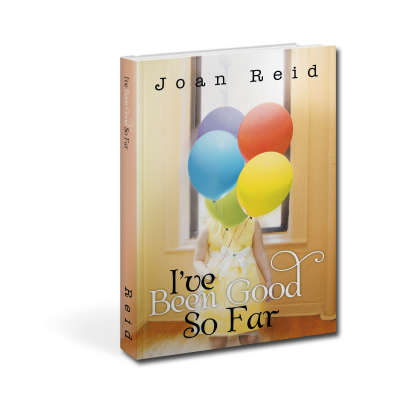 I recently read a book titled: 'I've been good so far' by Joan Reid.

It is not an easy read, as it highlights the reluctance within disability land of anyone to protect our most vulnerable.

'Floss' has complex and challenging needs. She became too hard for her family when she was 13 years old and they put her into 'care'.

This book really shines a light on what happens in some of these so called community houses. And no, I am not saying all community houses are the same. I am saying, due to such tight budgets, there are a lot of places that hire people with very little or no experience to work with people with disabilities who have complex needs.

Poor Floss received so much shocking treatment in more than one of these houses, mainly due to her inability to carry out the tasks she was expected to without help. The other tenants loved ones wanted Floss out as a result of the welfare organisations finding it too hard to enforce things to keep her safe. And the services also decided her mum was difficult, therefore Floss' punishment was justified.

Floss endured many years of poor treatment. The book covers the period from 1981 until 2013, which means that 'the olden days' can't be used as an excuse.

I remember when Miss Chloe was around 12 years old, my regular carer was a way for 6 weeks and we were given a replacement during that time. I was very rigid with her bed time and explained to the carer that Chloe needed to be in bed at 8.30pm. For 3 weeks, I would arrive home at 10pm to find Chloe just going to bed (she had to be up for school at 6.30am). I was so frustrated that no matter how many times I told the carer she just would not listen. The carer would simply say 'She (Chloe) didn't want to go to bed', 'She (the carer) can't make her'... Blah, blah, blah.

I explained she (the carer) didn't have a choice. This woman was the paid adult and all she needed to do was tell Chloe at 8pm that is was 8.30pm and that she had ten minutes to be in bed. Chloe couldn't (and still can't) tell the time. This way, the carer was guaranteed that Chloe would be in bed by 8.30pm.

The carer didn't take any notice of this information, so the next morning when Miss Chloe got up she was very distressed telling herself she was a very bad girl and started hitting herself (Miss Chloe always self talks and acts out what people say and do to her).

Eventually I got the gist of what was happening. The carer had verbally and physically abused Chloe.
I notified my case-manager, who contacted the organisation the carer worked for. The response the case manager received was: "No we won't be following up because 'HER MOTHER IS VERY DIFFICULT, YOU KNOW'. Apparently it was OK to abuse someone if their mother was not the complimentary type and made life difficult for the organisation!

A lot of Floss' issues were exactly the same! Poor Floss was punished because her mum would not accept substandard treatment of Floss. And sadly, these are not isolated cases. I am often hearing of family members who are banned from visiting their loved ones in their residence because the families have complained, been concerned, or questioned things about the care their loved ones were receiving.

I hope and pray that the NDIS will make these organisations more accountable once they realise the concerned carers/families won't be trapped any more. I hope we will be able to have more flexibility around who cares for these very vulnerable people.